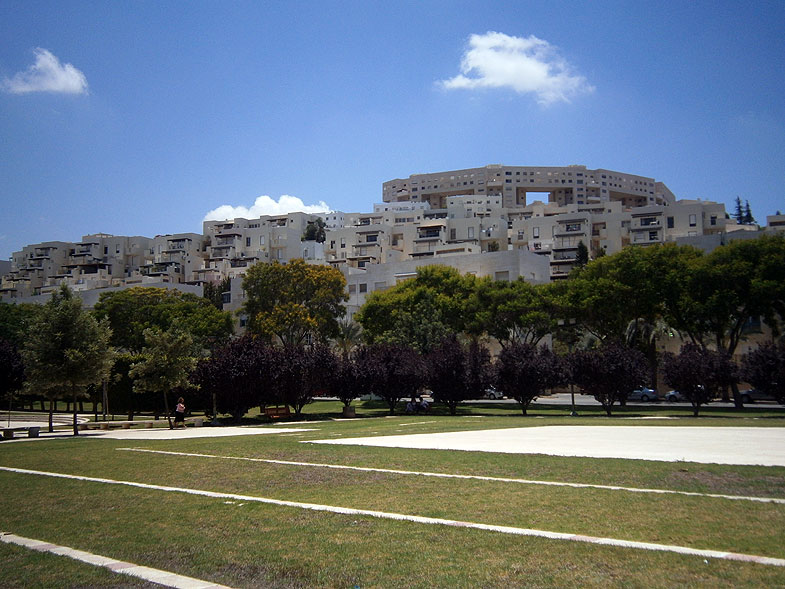 Modiin-Maccabim-Reut is a city located in the middle of the country between Tel Aviv and Jerusalem.

Modiin was founded in 1993. It was named after an ancient settlement with the same name on the site of which it is located.

In ancient Modiin in 167 BC there was an uprising of the Maccabees.

In 2003 Modi'in was merged with the settlements of Maccabim and Reut.

Even in ancient times, the place where the city stands was an important transport hub. So it is now. The city is located near the highway number 1, number 443 and paid 6th highway. A railway passes through it. Next to Modiin is Ben-Gurion Airport - the country's air gate.

Features of the landscape of the city determined its appearance: the houses stand on the slopes of the hills, and the valleys are turned into wide green boulevards.

Next to Modin there is a "Mini Israel" miniature park, as well as the famous stalactite cave in the Avshalom reserve.


City streets and attractions near the city:

City streets and attractions near the city:

Israeli Settlements in Judea and Samaria

Religious Cities and Villages of Israel

Distances between Cities and Villages

The Health Care System in Israel

Hospitals and Medical Centers in Israel

Cities and Villages of Israel

Traveling in the Holy Land

The Antiquities of the Land of Israel